Wrofir
May 2019 edited May 2019 in ORK Support
Hey! I just got my character's new IK/mechanim animations done and am ready to start testing them out. I remember that there was a section in the tutorial about mechanim, but I can't find it now.

In the following picture I am attempting to use the 3rd person with camera/flying from unity asset store as it controls exactly as I want for the game. 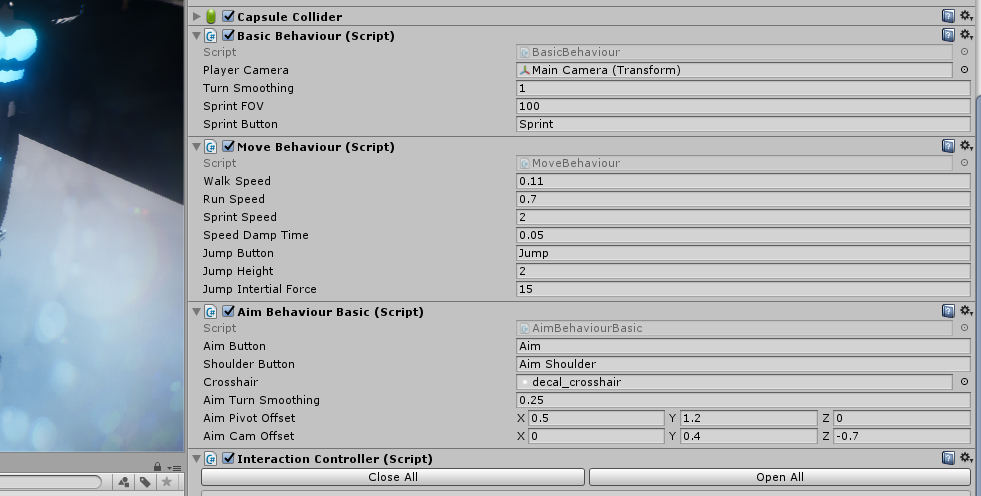 There are 2 problems.
1. The camera needs to point to the character to control. Since ORK spawns a clone instead of the original... Is there a way to target the clone? I thought about pausing the game and setting the target in-game. But I dont know if that will save.
2. As you can see in the image it comes with 3 scripts that control movement and other small details, such as moving in the direction of the camera. Is it possible to let these scripts run by disabling movement in Ork?
Post edited by Wrofir on May 2019

It looks like you're new here. If you want to get involved, click one of these buttons!